The (Mismatched) Evolution of Man and Its Influence on Injury 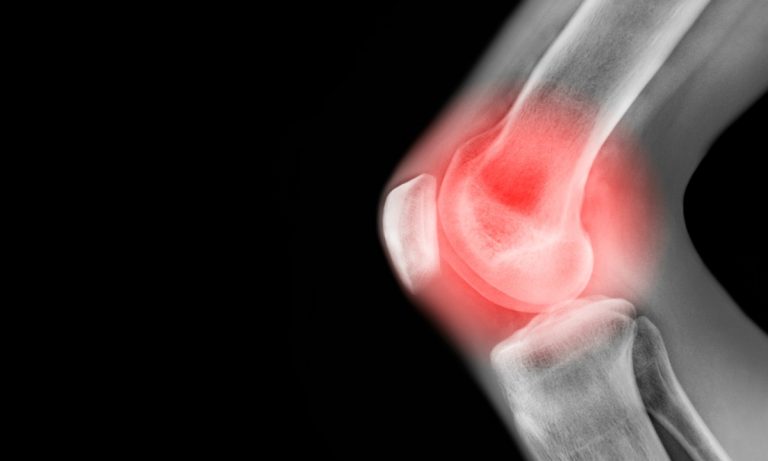 The fundamental ethos of natural selection dictates that species optimally adapt to a given environment over time. A present-day demonstration of this evolutionary principle is the pink salmon of Auke Creek, Alaska. This resilient species of fish migrates sooner every year in order to adapt to a global-warming-induced 0.5-degree-Fahrenheit annual increase in temperature. Similar environmentally provoked adaptations have been witnessed for generations. Species of owls and toads, for instance, have developed camouflage to slyly blend in with their surrounding environment. But what happens if those surroundings suddenly change?

If the environment during a given time is unlike the environment that the species adapted to, the species is considered mismatched, in that its traits are no longer optimal for that environment. Think of an eastern screech owl that is imperceptible when roosting within a tree. Now imagine massive deforestation, leaving this previously camouflaged nocturnal bird of prey exposed to the blinding light of a northeastern summer morning.

Simply look around in order to convert this water-cooler discussion into something more humanistic and palpable: There are less than 320 million U.S. citizens, and we collectively spend $2.7 trillion on health care annually. Nearly $45 billion is spent on physical therapy, podiatry, and chiropractic care; more than 1 million people receive a hip or knee replacement every year; and another 4.5 million undergo other orthopedic surgeries. Even the active and “healthy” are afflicted, as evidenced by the fact that upwards of 79 percent of runners are injured at any given time, and the pervasiveness of joint sprains, ligament strains, and bone breaks in youth sports, the NCAA, the NBA and the NFL.

To search for an answer for this injury epidemic, let’s take a look back in time. The genus of hominids, Homo, has been steadily evolving for at least 2.3 million years. Fossil records of Homo sapiens (i.e., the modern human) date back 200,000 years. Yet the Industrial Revolution occurred a mere 250 years ago, immediately and permanently shifting the paradigm not only in how we manufacture but in how live. We went from farms to factories and desk jobs, from guiding donkeys and horses to counting our horsepower.

These past 250 years equate to only 0.1 percent of the time since Homo sapiens first appeared. So how did we expect to evolve at a pace consistent with that of the burgeoning society that we were creating? Unsurprisingly, this rapid change has rendered us mismatched with our surroundings. This is abundantly clear when examining human injury and performance.

Over time, Homo evolved larger joint surfaces (e.g., at the knee and hip), longer and wider tendons, and stronger ligaments, all in order to dissipate high or rapid forces to mitigate injury. Then, in one fell swoop over the last half-century, advances in exercise equipment and a better understanding of training methods and nutrition have led to athletes who are bigger, faster, and stronger. The rub, however, is that being bigger and stronger invariably leads to larger forces, while faster movements cause those forces to travel at higher rates.

Let’s consider the following scenario: an extraordinarily lean athlete running at a blinding speed, then instantaneously torqueing downwards, only to rise up 4 feet in the air and dunk a basketball over an opposing defender before crashing back down to the floor. The fact that even a select few can even achieve this seemingly miraculous feat validates the evolution of human performance. But simply because we have pushed our bodies to the limit to perform “better” doesn’t necessarily mean we are sufficiently equipped to do so. A huge amount of force is produced by, and subsequently placed upon, the musculoskeletal system when performing such physical acts. Yet we’ve only had 50 years to prepare for this seemingly overnight increase in forces and stresses. Is it still so surprising that the so-called “freak athletes” of our generation (e.g., Derrick Rose) have suffered debilitating non-contact injuries?

Rather than look at athletic outliers, let’s return to the median. Henry Ford’s popularization of the assembly line in the early 1900s yielded task specialization in the labor force. Nowadays, nearly 5 million workdays are lost annually to injuries suffered at work. Indisputably, even more workdays are spent laboring through some sort of physical ache or pain. This is largely attributed to repetitive strain injuries. Take, for instance, a shelf stocker at the local supermarket. It’s not all too challenging to lift a 10-pound bag of flour from a crate to an adjacent shelf. Whether farming, hunting, or building, we’ve been doing similar, and even more strenuous, acts for millennia. But doing the same specialized act hundreds of times per day? No matter how fit you are, this results in overuse of the muscles, joints, tendons and ligaments involved in that task.

Whereas the competitive athlete is pushing the limits of Homo‘s evolutionary development, the whole-body strength, flexibility and mobility evolved by Homo are now mismatched with the physically restricted, repetitive tasks performed by the laborer. The repetitive spinal bending and rotation of the shelf stocker, for example, fatigues the muscles of the back, in turn placing the discs at great potential for herniation. Add to this the undue stress on the shoulder due to repetitive lifting and you have an inevitable workplace injury.

Now don’t think that when you traded in your blue collar for a white one, you were in the clear. As you would probably predict, prolonged sitting results in increased tension on the spine. This leads to not only back pain but compensatory — and potentially harmful — movements by the legs and shoulders. Even excessive computer use places the arms and shoulders in a vulnerable position and is associated with carpal tunnel syndrome and upper-back pain, among other injuries and ailments.

The famed Greek philosopher Epictetus once proclaimed that “only the educated are free.” We have a wealth of information that suggests that our health woes can be averted through a greater awareness of our physical boundaries. Therefore, let’s push for a healthcare system that preemptively educates rather than reactively treats. Regular musculoskeletal screens should be mandated to educate patients on their potential for future injury, and to provide personalized exercise prescriptions in order to limit that potential. There should be expanded workplace ergonomic standards, implementation of injury-prevention measures in youth sports practices, and mandatory education for youth and adults regarding proper body mechanics, as well as for athletes regarding the short-term and long-term costs of choosing performance over health. We are mismatching ourselves with the surroundings that we have developed, despite knowledge that should make us wiser. If we continue along this path, we will be akin to a king Alaskan salmon leading his school to the tropics.