Pokémon GO… And Get Injured? 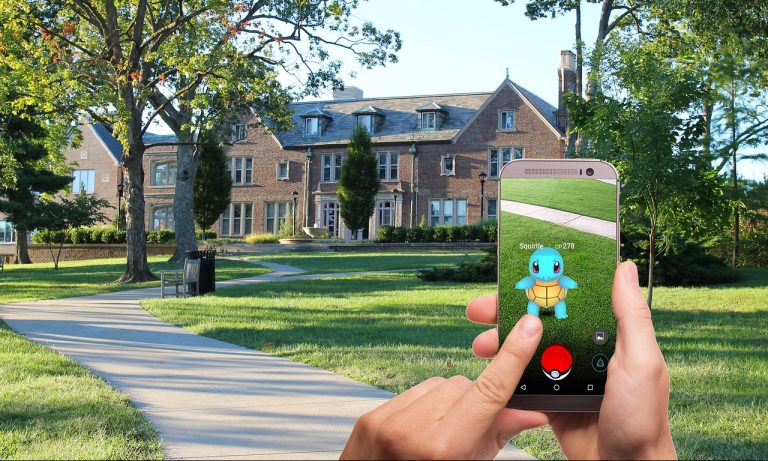 From the beaches of Santa Monica to the streets of Manhattan, there is one constant — masses of people losing themselves in the virtual splendor of Pokémon Go. After its launch on July 6th, the location-based augmented reality game became the top grossing app in the United States within a mere 13 hours, leading to Nintendo’s 5-day, $9 billion skyrocket in market value. But per the age-old adage, what goes up, must come down — and in the case of Pokémon, more literally than figuratively.

Within 10 days of Pokémon’s release, two men crossed a fenced area in their desperate search of pocket monsters, and fell off a cliff near San Diego, sustaining injuries, the extent of which are unclear. Another gamer reportedly slipped and fell down a ditch, fracturing their pinky toe in the process. And while some may see such incidents as isolated, if we delve a bit deeper into the cause, it becomes painstakingly clear that such injuries are but likely portents to the future.

People have been gaming on their mobile phones ever since 1994 when the Hagenuk MT-2000 came equipped with the popular tile-matching puzzle game, Tetris. But video games require a simple linear interaction between a human and their gaming console. Tetris, for instance, requires mental focus and acuity, as well as quick dexterous responses in order to determine and swiftly place puzzle pieces into their optimal positions. It is thus considered advantageous to allocate attentional resources entirely to the game (i.e. focus on winning). Augmented reality games, on the other hand, require the human to interact with a game, which has elements of the real-world environment that they are simultaneously navigating. Accordingly, augmented reality effectively requires allocation of resources to both the game and the real world (i.e. focus on winning and negotiating the real world).

While allocating attention towards a game may increase your chances at winning in Pokémon, you may end up losing at the game of life. And the reason is clearer than a summer’s day — people aren’t very good at dual-tasking (i.e. concurrently performing two tasks). Imagine sitting at a restaurant deep in conversation. The bill comes so you pull out your credit card and hand it to the server. A few minutes later, the server returns and because the restaurant is about to close, you feel obliged to quickly sign the check. Still immersed in conversation, you look at the bill and try to determine the appropriate tip amount. Typically, a math whiz, you now find yourself struggling at calculating the 15-20 percent tip. And though you fashion yourself a good listener, you have the slightest clue of what your beautiful date was saying for the last 30 seconds.

Let’s say we up the stakes. Rather than dual-tasking while sitting down having a leisurely conversation, you are now walking down the street texting a friend. It should come as no surprise that performing the secondary task of texting negatively affects the way you walk. Indeed, recent research has shown that people are less likely to walk in a straight path when using their cellphone. A series of studies conducted with a few colleagues of mine further shows that manipulating a mobile device results in slower walking speeds and reduced time spent looking at obstacles in the real-world. Such degraded walking likely explains the 10-fold increase in emergency room visits among distracted pedestrians between 2006 and 2014. It sure would feel a whole lot better to just fudge a date — regardless of how cute they may be.

Scientific research overwhelmingly supports the notion that performing a secondary action negatively impacts our performance. Even when executing simplistic texting tasks, use of a mobile phone is associated with a limited ability to avoid obstacles and an increased potential for sustaining a slip, trip, or fall. So what do you think will happen when running through Times Square trying to catch those illusive Pokémon?