Is the NFL finally getting rid of the concussions? 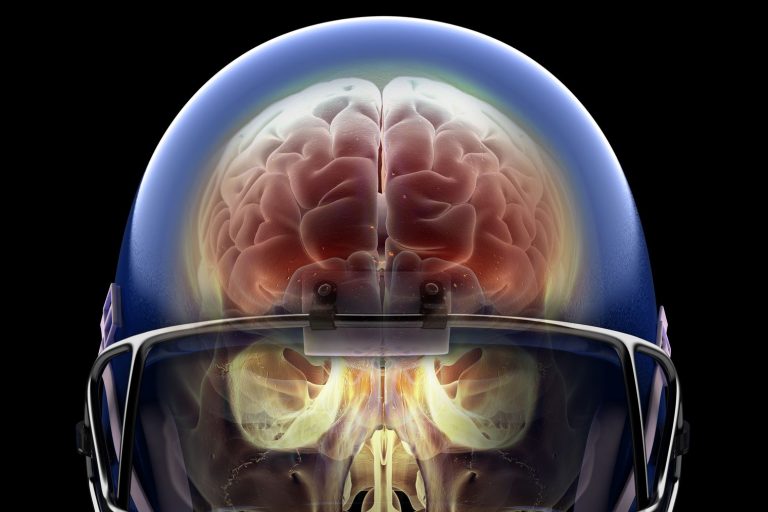 From a biomechanical perspective, concussions are essentially mild traumatic brain injuries (often referred to as mTBI) and occur when the brain experiences higher amounts of acceleration (change in speed) than it can tolerate. Now, one of the first things you might be thinking about is a direct impact to the head. While direct impacts to the head are one of the mechanisms at play for high head acceleration and concussion, they are not always necessary to experience high amounts of acceleration. The acceleration experienced at the brain potentially leading to concussion is both linear and rotational. Excessive linear acceleration has been linked to an increase of pressure in the brain, causing neurological dysfunctions. Excessive rotational acceleration increases the amount of shear force experienced as a result of the brain being pushed in two opposite directions leading to deformation/damage of the tissues making up the brain. It is important to note that rotational accelerations are usually the ones that are more likely to be the cause of a concussion. Concussions can result in cognitive, emotional and physical disturbances, with symptoms including: crying, anxiety, depression, confusion, dizziness, nausea, and sleep disturbances. Even after sustaining a single concussion, some of these symptoms might last for extended periods of time.

While we all seem to now agree that concussions are dangerous and harmful, it is also important to address the potential issues associated with repetitive trauma to the head. Back in July 2017, a highly publicized study was published in the Journal of the American Medical Association revealing evidence of chronic traumatic encephalopathy (CTE) in 110 out of the 111 studied brains of formers NFL players. A recent study has found that the repetition of subconcussive impact could be leading to chronic traumatic encephalopathy (CTE). But what does this mean and why should we care? Well, CTE is a progressive degenerative disease of the brain that occurs when repeated head trauma leads to the buildup of tau, which is an abnormal protein in the brain. Tau negatively affects how the brain’s blood vessels function and eventually erodes nerve cells. Symptoms, which generally do not manifest until years after the repeated trauma, range from mood disorders on the more mild end to crippling dementia in more serious cases. This means that players sustaining concussions and even the ones sustaining head trauma without sustaining a concussion could still be at risk for potentially life-altering brain damage.