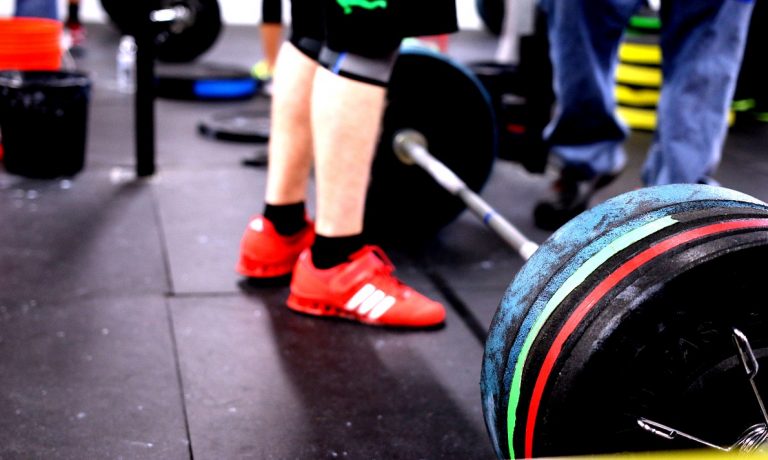 Pungent terminology to some, but if you’re a CrossFitter, it’s pure humdrum. There have been endless articles and blogs that have advocated for or against CrossFit. Those for it wax eloquent on its perceived benefits, like improving physical strength, endurance, range of motion and even appearance. So, you’re saying when you combine a strict diet minimizing dairy products and simple carbohydrates and work out harder and with more intensity, it yields results? Shocker (and that, ladies and gentlemen, is sarcasm at its finest).

The drawbacks of CrossFit are not as apparent. Due to a lack of prospective data, there is no definitive information attributing CrossFit to injury; rather, there are simply anecdotal reports associating CrossFit with — amongst other things — shoulder, back and knee pain. However, the associations between injury potential with the particular lifts and exercises performed during a typical class are painstakingly clear. Fortunately, it can all be addressed through improved quality control, but unlike Drake, it starts from the top.

There are currently no guidelines by any nationally-recognized authority (e.g. NSCA, NATA, ACSM, NCSF) that one can use to inform themselves about CrossFit training methods. Furthermore, potentially due to the minimal qualification requirements, the coaches may not always have the skillset or knowledge base to promote (and/or individually tailor) form in order to prevent injury. This is compounded by the fact that there are inadequate guidelines to prepare novice CrossFitters and potentially insufficient individual attention due to large class sizes. As many CrossFit programs are predicated upon competition amongst the class members, performance (e.g., time and/or repetitions) also often supersedes health. In other words, if you want to be first in the WOD (workout of the day), you may have to push through pain, injury and/or fatigue. It may be the essence of competition, but with high-intensity exercise, injury is inevitable if not done with the proper form. Athletes (novice and experts alike) should thus be cognizant of choosing facilities that offer coaches who are accredited by nationally recognized authorities. With that said, here are just a few typical CrossFit exercises to be cautious of:

An effective lift that targets the hamstrings and back extensors. However, if fatigued, or during competition, mechanics can get sloppy, particularly characterized by the back rounding out and the bar moving too far from the body. This can result in excessive strain (and pain) to the hamstrings, as well as the back muscles, ligaments, and tendons. Having the back bent during the loading and unloading phase can potentially lead to a herniated disc. Focus on maintaining a neutral spine, all the while keeping the bar close to the body.

Similar to deadlifts, power cleans are an Olympic lift, yet the complex movement patternappears to make it even harder to master. Ex-NFL strength and conditioning coach Dan Riley notes that “the inherent dangers unique to this movement can make it a potential hazard … It places the muscles, lower back, tendons and joints in a vulnerable position.” In fact, even with perfect form, the load from the power clean, particularly during the descent phase, may result in excessive forces to the knee joint. If form degrades and the back begins to arch, the body relies more on the hamstrings and back to eccentrically (muscle lengthening contraction) control the weight, potentially leading to excessive strain and injury to these structures. If performing the power clean, be sure to maintain a neutral spine, bend sufficiently at the knees, and progress very slowly until a good technique is mastered. This may help limit excessive force transmission through the body. It is also advised that those with pre-existing knee pain steer clear of this lift.

The force to propel the kettlebell is supposed to be derived from the hips. If the weight is too great, or one begins to fatigue, they often compensate by overstressing the upper body — neck and shoulders — during the ascent, and the back — just as in the power clean — during the descent. Furthermore, if the stance is too wide and the knees begin to fall inward, it can result in excessive load to the lateral knee joint. If the stance is too narrow, it will minimize the ability to open the hips, likely resulting in a variety of compensatory (and deleterious) movement patterns. Correct selection of stance width, and having the feet slightly externally rotated can help avoid these pitfalls.

The ring muscle up is the quintessential CrossFit exercise, requiring flexibility and strength of the core and shoulders as well as mental strength and confidence to complete the task. Though it is a combination of a pull up and a dip, many individuals whom are able to perform both exercises seamlessly have great difficulty in transitioning between the two and thus completing a muscle-up. During the pull phase, one requires core strength to complete a kip pull up, else there will be compensation by the shoulders. During the push phase, the elbows have to stay tucked in close to the body, otherwise it places the shoulders in more of an open-packed position, leaving them — and the rotator cuff, in particular — vulnerable to injury. Make sure to master both ring-based pull ups and dips prior to progressing to a muscle up. It is advised that individuals with pre-existing shoulder injury or instability take particular caution.

Death by. An obvious exaggeration that in CrossFit terminology means to add a single repetition each successive minute until failure. However, the term, and this method of exercise, symbolizes the CrossFit mantra of forging elite fitness, seemingly by pushing yourself past your preconceived limit. Adherence to the CrossFit program and performance of its exercises undoubtedly generates results, but if done improperly, even though the chances of actual death may be low, the likelihood of injury appears high. I would thus be amiss to advise against CrossFit exercises and the associated diet, so rather, I take aim at the CrossFit structure that clearly fails in ensuring that their coaches place emphasis on long-term health and wellness, rather than simple performance metrics. Because frankly, it’s hard to be elite with a herniated disc.