NBI’s forensic engineering experts have specialized knowledge in the field of motorcycle accident reconstruction that involves determining the factors that contributed to motorcycle-to-vehicle collisions and single motorcycle loss of control events. Motorcycles perform much differently than passenger cars and any other 4-wheeled vehicles, and because motorcycles produce different types of evidence, different analysis methods need to be used to analyze collisions involving motorcycles. Fundamentally, motorcycles have dissimilar components, stability properties, and braking capabilities. As a result, a motorcycle rider’s response to an impending collision is expected to be different than that of a passenger vehicle driver for parameters such as evasive maneuver or perception-reaction time.

NBI’s accident reconstruction team analyzes and explains the dynamics and speeds involved in motorcycle collisions. We consider the available vehicle and roadway evidence in modeling the motion of a motorcycle before, during, and after the collision, as well as analyze how the rider fell, slid, and tumbled on the ground. We analyze the motorcycle’s speed by working backwards, starting from the rest positions of both the rider and motorcycle. The speed of the motorcycle during a crash can be calculated through a comparison to staged crash tests with similar impact configuration, physics-based simulations that match the physical evidence, and applying analytical models that considers vehicle damage patterns, deformation depth, and rider post-impact throw distance.

In some cases, it is evidence that the motorcycle rider applied braking prior to impact. We understand that the braking capabilities can vary depending on whether the front, rear, or both brakes are applied. An evaluation of the motorcycle tires or the form of the tire mark can indicate which tires were locked. We apply published deceleration test data in our motorcycle speed calculations.

NBI experts perform a time-distance analysis that includes modeling the positions of involved parties over the course of the collision (pre-impact, at the time of impact and post-impact).

In cases where collision avoidance needs to be evaluated, the main question is “Was there an alternative course of action that the driver or rider in the subject scenario could have taken to avoid the crash?” The kinematics, dynamics, and handling characteristics of the subject motorcycle are taken into account during this analysis. NBI engineers have expertise in conducting motorcycle performance, handling, and customized crash testing as necessary.

A study on causes of traffic accidents indicated human factors contributed to 92.6% of crashes, compared to 33.8% of crashes contributed by environmental factors and 12.6% contributed by vehicle factors. NBI’s accident reconstruction experts often work with human factors experts on motorcycle collision cases to evaluate the driver or rider’s perception, response, and decision-making behavior. Human factors experts determine if the driver or rider’s action and input were typical or within the range of expected human response for the situation. 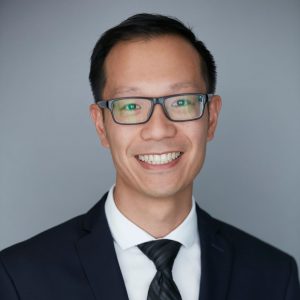